Meet nature’s most refreshing fuels- the almond, the cashew, the coconut and the oat. In addition to being refreshing, tasty, nutrient-packed foods to refuel your body, these plant-based nuts and fruits can be processed to form delicious dairy-free beverages offering a number of benefits compared to traditional dairy from cows. For example, drinks made from plants generally offer a higher calcium content than dairy milk -- often as much as 50% more. As an added benefit, plant-based drinks also have fewer calories than other dairy alternatives, so they’re great for keeping weight off. That’s more fuel for your bones, plus fewer calories to weigh you down.

Ok, so plants like soybeans and almonds sound like a tasty and healthy way to quench your thirst. But how did we get plant-based beverages? Are they really a great dairy alternative, or just the latest diet fad? It might come as a surprise, but people have been using plants to make refreshing, non-alcoholic, healthy beverages for centuries. The history of plant-based beverages can be traced back to the Middle East, where an almond-based beverage was mentioned in the 1200s, and in Asia, where they drank a beverage made from soy as early as the 1300s. These early types of beverages were cooked over a fire in a cauldron, and would’ve been more like a warm breakfast drink or a hot soup. 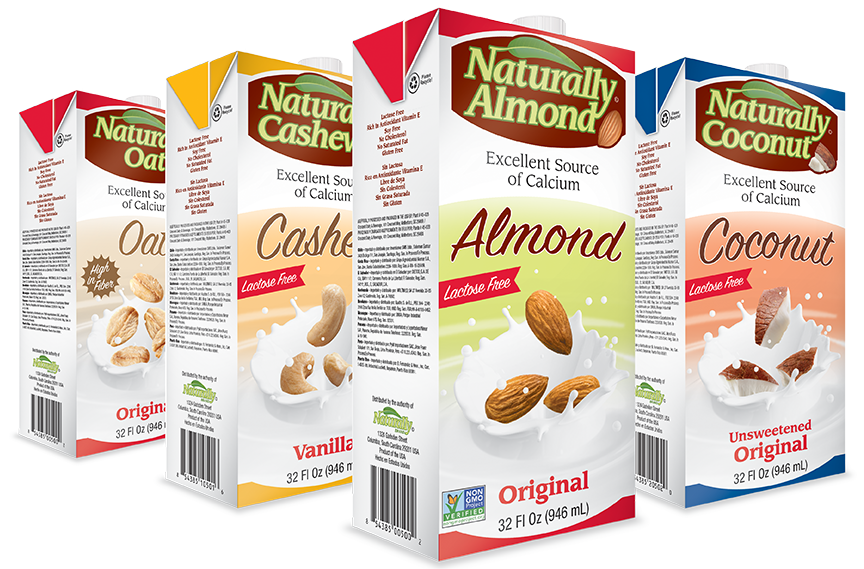 Here at Naturally Brand, we’ve worked hard over the past 15 years to develop plant-based beverages that consider the rich history of their ingredients while also using the latest modern technology to ensure each carton is packed with the freshest, tastiest beverage on the market. Bottom line -- fueling your body with one of our products is great for your health and tastes great too!